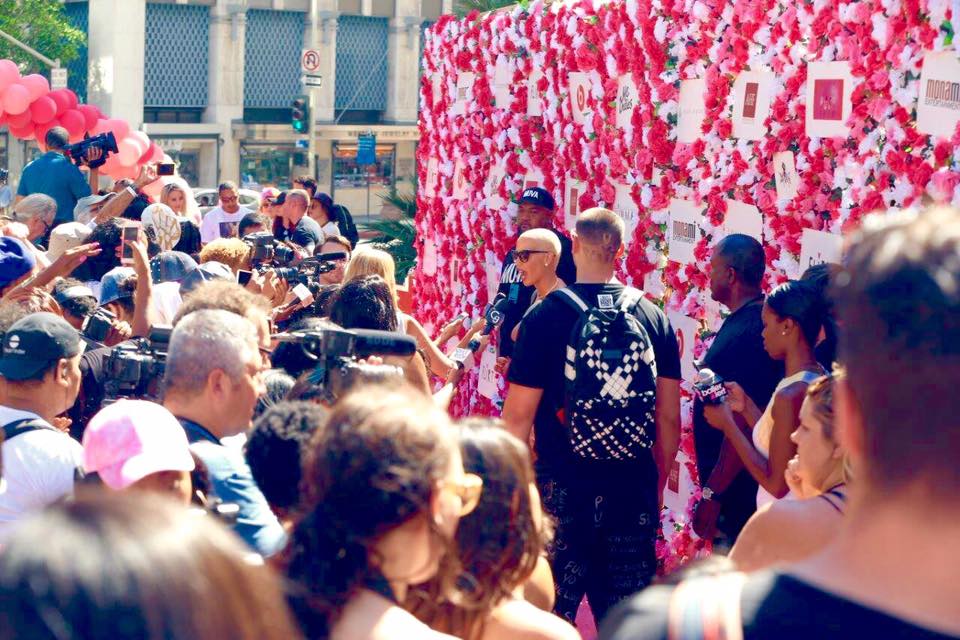 This season’s Dancing with the Stars contestant, host of Loveline and face of Flirt Cosmetics, will be joined by A-lister celebrity friends, a star-studded live music lineup, celebrity DJs, and high-profile brands in order to bring maximum awareness to this year’s Amber Rose SlutWalk and The Amber Rose Foundation, a non-profit organization created by Amber to support her core mission of women empowerment and fighting against other social injustice issues. The event page details the complete list of artists who are scheduled to perform at this year’s festival.

The early bird ticket price to the event was originally set for $17, but now, with the unprecedented generosity of Flirt Cosmetics, the 2016 Amber Rose SlutWalk Festival event is free to all attendees.

“As you can see in the news every day, issues of social injustice like gender inequality, victim blaming, slut shaming and sick sexual abuse in homes, schools and corporation is a global epidemic that needs to be addressed. Last year, thousands came out to support people facing these problems every day. They joined me in saying loud and clear, this can no longer be tolerated,” says Amber Rose.

In 2015, the inaugural Amber Rose SlutWalk Festival was supported by a long list of influential celebrities from Nicki Minaj, Ne-Yo, Matt McGorry to Nick Cannon and Perez Hilton. The movement became a top news story internationally, garnered over 60 million impressions and over 15,000 pre-registrants. This year’s SlutWalk Festival will expand to include impactful sign making, special guest speakers, free breast cancer screening, a share your story and a no judgment zone booth, voter registration, HIV testing, food trucks, a fashion show and education opportunities. The success of last years’ grassroots art competition has led to the installation of a full art gallery after receiving more than 600 submissions from all over the country.

About The Amber Rose Foundation

The Amber Rose Foundation is a non-profit organization that aims to promote discussion about women’s rights and equality issues. Donations made to the Foundation will be used to bring the Amber Rose SlutWalk Festival to life, with on-site services such as HIV testing, breast cancer screening, voter registration, sexual awareness booths, food vendors, merchandise vendors and a host of other services. But most importantly, your donation will support the Foundation, and the groups and organizations of people who have been subject to slut shaming, judgement and stigma, victim blaming and sexual assault.

The SlutWalk movement began in 2011 in Toronto when a police officer told a crowd of college women that if they wanted to avoid sexual assault, they shouldn’t dress like sluts. This sparked a worldwide campaign that outraged men and women across the country. SlutWalk has now become a global movement with grassroots success in over 200 countries in taking a stand against sexual injustice, victim blaming, and derogatory labeling. The Amber Rose SlutWalk Festival is an all-inclusive non-profit event that is playing a monumental role in the movement towards gender equality.