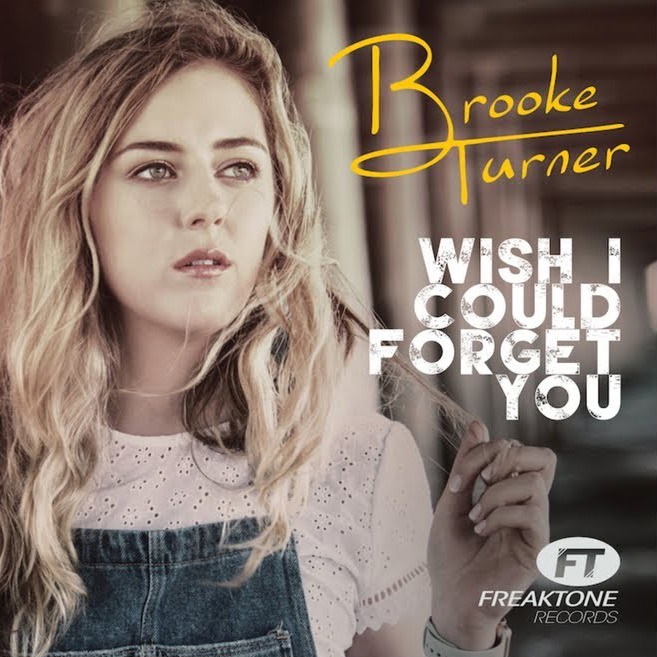 Originally from Canada, Brooke Turner’s first single entitled ‘Wish I Could Forget You’ has been produced by Italian born and LA-based producer, Patrizio Moi, famed for working with artists like Justin Bieber, Gallant and Krewella, at the legendary Record Plant Studios, LA.

The epic remix package on ‘Wish I Could Forget You’ comes courtesy of Go Music Solutions and Audiofreaks UK Internationally, who between them have delivered a mix to suit every type of DJ set and dance floor, from the cooler darker spaces all the way through to the full-on hands in the air festival moments. The song, which has newly released its accompanying music video, has already reached number 4 in the UK Music Week chart, and is currently being released in the UK, Spain, Germany and Asia by major international dance labels.

Watch the Music Video – Wish I Could Forget You

“I am so excited to be releasing both the song and its music video to the world,” said Brooke Turner. “This record is about the strong connection you feel with someone, that almost becomes intoxifying. So, when things turn sour, it’s like your world has been flipped upside down and you feel you no longer know who you are.  Wish I could Forget You is about one of those people. The ones who no matter how hard you try to push away, your connection always draws them back. It would almost be easier if you were able to just forget them.”

‘Wish I Could Forget You’ is the perfect dance-pop track, destined to be smashed to bits on the mainstream and commercial dancefloors. A truly epic and uplifting song, with the clinical production and musicianship of Patrizio, blended seamlessly with Brooke’s unique and lush vocals, make this single sound like a real daytime radio contender and anthem.