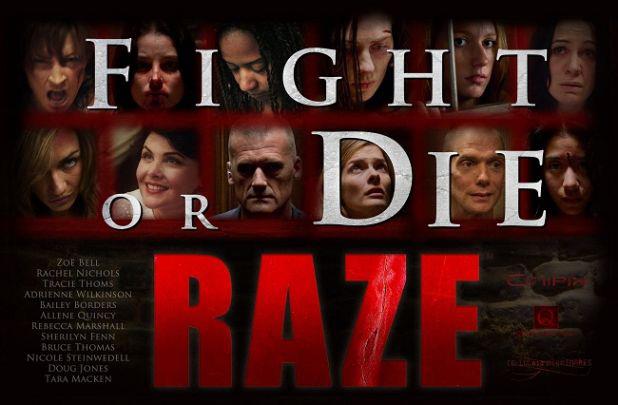 ‘Raze’ follows a mysteriously abducted Sabrina (Zoë Bell ‘Inglorious Basterds’), who finds herself in an underground lair led by Joseph (Doug Jones ‘Hellboy’) and Elizabeth (Sherilyn Fenn ‘Twin Peaks’), forced to do battle with other innocents for the amusement of unseen spectators. Each of these reluctant warriors has something to lose, but only one will remain when the game is done.

“In every sense of the word Zoë Bell crushes it in Raze.” – Director, Quentin Tarantino.

‘Raze’ will air on the SHOWTIME Network starting 12am Tuesday August 19th through to September 12th.  Watch the latest trailer: RAZE The Movie Official Trailer