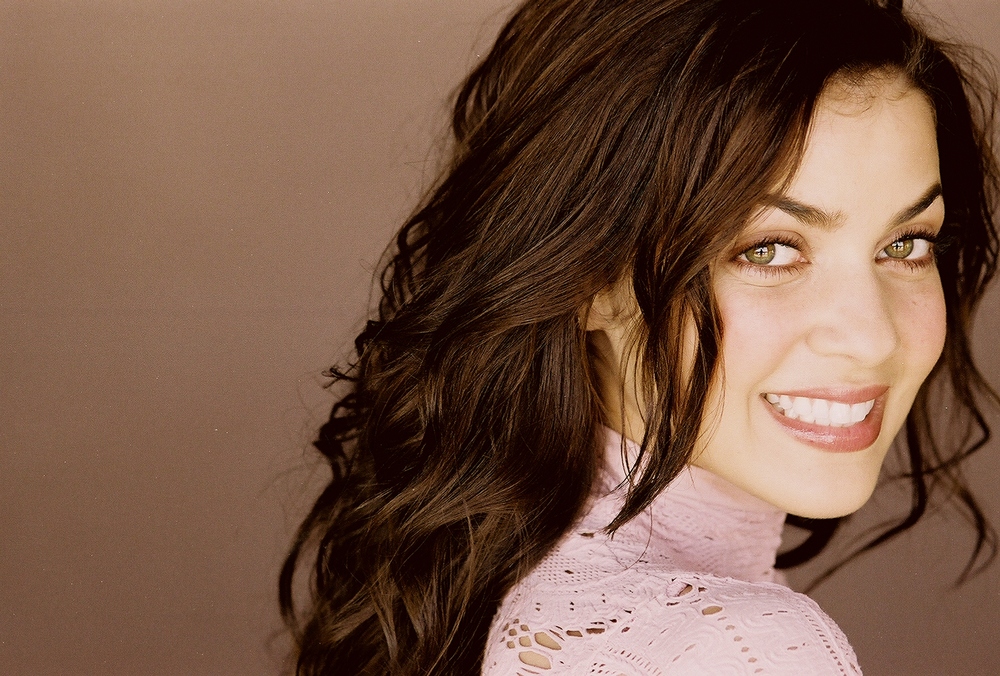 Actress, Alexandra Rosario chatted to EMR Media about living with the acting bug as a child in the Dominican Republic and her transition to the silver screen in her latest leading role ‘California Dreams’.

Born in Santo Domingo in the Dominican Republic, actress Alexandra Rosario has become a celebrated Latina actress within America’s entertainment industry’s acting elite. From an early age, Alexandra had artistic ambitions and dreams of becoming the leading actress she is today. “When I was six years old, I started attending ballet classes. Ballet was an important part of my life, because not only did it give me a stage to express my artistic flair, but also the confidence to perform on stage to a grand audience,” explains Alexandra. “As a child, I was encouraged to continue my passion for performing. So much so, that I soon booked a number of national television commercials for several high end national and international brands.

As exciting as this opportunity was for Alexandra, her parents did not approve of her acting ambitions as her long term chosen profession. They urged her to study for a more traditional career in the Dominican Republic. “I was absorbed by my drive for being an on-screen or on-stage actress,” said Alexandra. “My parents did not wholly approve, and wanted me to stay in the Dominican Republic to study law. So, I attended the Universidad Catolica Madre y Maestra in Santo Domingo, and became a lawyer.”

Even though Alexandra was a young lawyer, she still found ways to keep her performing talents alive. “I had this burning desire to continue with acting. Actually, truth is, it had never left me. I knew I had talent, I just had to build on my natural abilities. So, I started taking acting classes with renowned Dominican theatre teacher, Enrique Chao. I was learning about different styles of acting, and with that training, began booking television commercials and participating in beauty pageants. I loved it!”

Alexandra worked and trained hard, never losing sight of her dream. “In 2008 I decided to enter the prestigious Miss Republica Dominicana Internacional, as Miss Samana,” she explained. “I was thrilled, that out of all the hundreds of contestants, I came 5th runner up, and was recognized as Miss Elegance.”

It was soon after, that Alexandra decided to pursue her dreams. “It was on my birthday that same year,” explains Alexandra. “I told myself it was time to fulfill my inner ambitions, so I packed my bags, some courage and a big smile, and moved to New York City.”

Alexandra didn’t just land in the Big Apple and hope for the best, she wanted to hone her craft. “I immediately enrolled into a summer program at the American Academy of Dramatic Arts (AADA),” said Alexandra. “After graduating that summer, I enrolled as a full-time student at the HB Studio in Greenwich Village, which was founded by Herbert Berghof, and has been training actors since 1945.”

On completing the conservatory program, Alexandra made another brave move, this time to the entertainment capitol, Los Angeles. “Although I was by then a working actress in Hollywood, I continued with my training at various distinguished acting studios like; Lesly Kahn & Company, the Margie Haber Studio and Ivana Chubbuck Studio. I think training is so important to an actor. It doesn’t matter how much you think you know, you can always learn more.”

Over the years, Alexandra has proven to be a talented leading actress. Her acting training and experience has landed her both lead, and supporting roles, in several high profile independent feature films such as ‘Clouded’, ‘That’s What She Said’, ‘Dinero Facil’, ‘It’s Talent’, ‘Grill Check’, ‘Monoxido’ and ‘Kings of Bushwick’. Aside from feature films, Alexandra has appeared in a plethora of cable and network TV shows, and is a series regular on the Spanish sitcom ‘Chicos de Alquiler’, and is set to start filming season 2 next month.

“I have been very fortunate to be continuously working as an actress, living in both Los Angeles and New York,” said Alexandra. “I love being on a film set, TV show, commercial or on a theatre stage. I really have no preferences as I am just happy doing what I love and fulfilling my childhood dream.”

Alexandra is a committed and talented young actress who has the ability to perform in both English and Spanish. Her gorgeous Latina looks makes her a sought-after and desirably diverse actress in today’s casting world. Her latest leading role is in the drama feature-film ‘California Dreams.’

“I am one of the lead characters in California Dreams. I play Valentina. A strong woman on the surface, but very vulnerable at heart. She is an actress and moves enthusiastically to Hollywood to pursue success in her acting career. However, she soon realizes that the way she had imagined things would be, a romantic idea about overnight success, fame and fortune, falls very far from the actual reality of the situation. There are many twists and turns in this character and I really enjoyed portraying her.” said Alexandra.

Filmed in Los Angeles, ‘California Dreams’, directed by Marcelo Bendotti, follows four young women who try to achieve Hollywood recognition despite the setbacks of life. The movie is currently available on all digital platforms including Amazon Prime and Cineplay.

When Alexandra is not acting, she supports various well-respected film organizations and non-profits. “I am a member of WIF (Women in Film) and NYWIFT (New York Women in Film and Television),” explains Alexandra. “I am also a part of BookPALS (Performing Artists for Literacy in Schools) in New York. It is a signature children’s literacy program from the SAG-AFTRA Foundation, which provides union performers, gifted in the art of storytelling, the opportunity to give back to their local communities. Every week, dedicated volunteers read to thousands of children in underprivileged school classrooms across the nation. I am a proud supporter of this worthy cause for the children. I have also volunteered for Meals on Wheels, delivering nutritious meals to seniors who can no longer get out or cook for themselves, in both Los Angeles and New York.”

Alexandra has certainly made an impact in the entertainment industry both in New York and Los Angeles, with leading lady roles, regularly rolling in for her. “I am happy and grateful to have followed my heart and dreams. It has been a wonderful and often challenging journey, which has led me to grow as a person and as an artist every step of the way. Hard work and desire certainly pay off.”

Alexandra’s final thought to us at EMR Media, “I love my chosen career of acting, but I also believe in doing things to improve the life of others. It is important to work hard at your talent and then use it to also bring joy and love into the lives of others.”

To learn more about Alexandra Rosario, visit her website – www.iamalexandrarosario.com