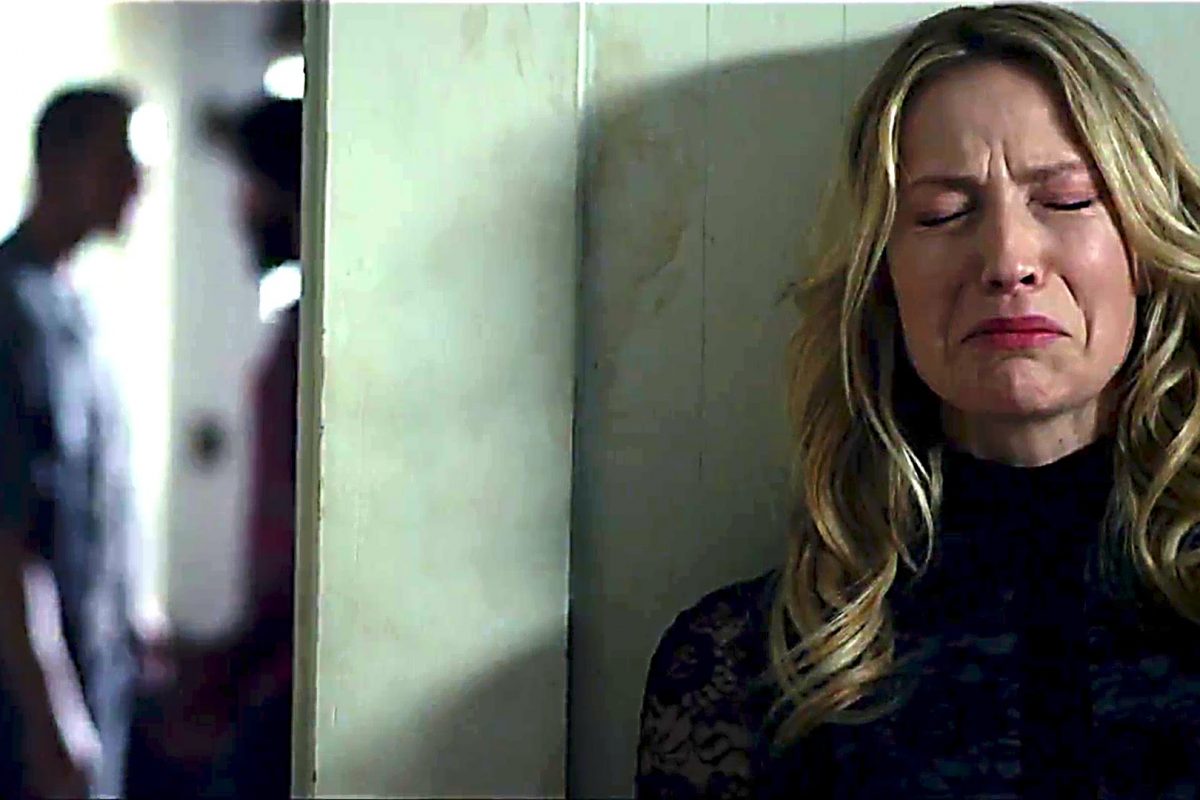 “Intruders: Don’t Let This One Sneak Past You” – Horror Geek Life. Read the latest INTRUDERS review out today! ‪#‎HorrorGeekLife‬ ‪#‎Intruders‬

“I love a good home invasion horror film. It’s the one sub-genre of horror that always seems somewhat plausible seeing as all you need is a place to live in order to be susceptible. The past decade has seen some really original and impressive entries to this particular type of film such as Inside, The Strangers, Kidnapped, The Purge, Funny Games, and You’re Next. All of those movies share a common theme but are so vastly different in execution that they all feel completely unique. Intruders belongs right alongside them. Director Adam Schindler takes us on one hell of a journey down some much unexpected roads and the result is an exhausting and suspenseful, but oh so satisfying, movie. (Warning: some spoilers ahead)

Home is supposed to be a safety net, a retreat from the outside world where you’re in full control of your surroundings no matter what. The concept of outsiders invading and violating that sense of security is an awful thought to anybody. But what if the thought of leaving the confines of home was a scarier notion than having to defend it? That’s the dilemma faced by Anna (Beth Riesgraf) during the events of Intruders.

Poor Anna is an agoraphobic devastated by the loss of her brother to terminal cancer. The opening of the film does a nice job of establishing the world Anna lives in; she cares for her brother, has a friendship with the meals on wheels guy Dan (Rory Culkin), and she does not step foot outside her house. On the day of her brother’s funeral, a trio of men breaks in to Anna’s house under the assumption that she’d be gone for the day. Once the would be robbers figure out that they are not alone, a cat and mouse game begins. Unfortunately for Anna, her crippling fear means escape is not an option. On the surface, it appears that Anna’s only hope for survival is to play the willing captor, give up her large sum of cash, and hope that the trespassers don’t have any violent intentions. What we, and the unsuspecting group of criminals, soon learn though is that Anna is no victim; there are skeletons in her closet and secrets around every corner of her home.

It’s a risk to change the direction of a film once it has already established characters, narrative, and identity. Not only are you taking the chance of isolating audience members, but there’s also a lot of room to contradict the previous sequences of the movie. The other side to that coin is when a twist really works, it adds a level of excitement for the viewer that is hard to replicate in a traditionally told story. Intruders manages to slip its big twist into the narrative in a perfectly organic manner that it makes the viewer slightly punch drunk. The brain now has to readjust to the new film that begins about a half hour in. With the flick of a switch, the tables are turned and Anna is back in control of her house again.

The last hour of the film carries a much darker and violent tone as well; the guys have clearly stumbled into more than they bargained for. As a matter of fact, one of the few issues I had with this movie was that if the guys robbing her house had been the slightest bit remorseful or redeemable, there would have been some intense conflict at play throughout the finale. Schindler definitely has an eye for horror and he got some great performances out of the cast, including a grounded and vulnerable Riesgraf. She does a wonderful job carrying the film and an against type Martin Starr as one of the titular baddies.

Intruders works so well because it is sure of itself, which is why the ending is a slight disappointment. It appears as if the filmmakers were uncertain of how they wanted to wrap things up and, unfortunately, the last five or so minutes are the only area of the film watered down by horror clichés. As a whole, this movie manages to take Saw and mix in some Home Alone and the result is a terrific little thriller with high replay value.”