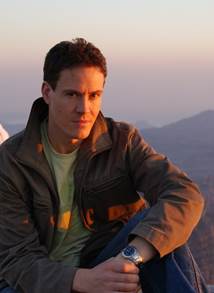 Los Angeles, CA (June 13th 2014) – The award-winning director Howard J Ford, (www.latitude-films.co.uk) better known for the highly successful and ground breaking ‘The Dead’ distributed through Starz/Anchor Bay and soon to be released ‘The Dead 2 India’, is in pre-production for his latest project, working title ‘Never Let Go’ and a production date set for mid-September 2014.

The thriller film, in similar vain to that of ‘Taken’, the ‘Bourne’ series meeting ‘Run Lola Run, follows a single American mother on vacation in a beautiful, bustling but unfamiliar land, desperately searching for her missing child following apparent abduction. Trusting no one, she takes the law into her own hands stopping at nothing to find her daughter’s abductors and deliver her own form of justice.  With classic lost-in-translation vibes of ‘Frantic’, colliding with topical contemporary themes explored in hits such as ‘Homeland’, as our unlikely heroine weaves her way through the murky backstreets, now wanted for the murder of a local man, her political connections back in the US begin to reveal that there is much more at stake than first meets the eye.

With pre-production underway, and location scouting nearly complete, including exotic locations such as Morocco, the search for the film’s star has already begun.

“We need a gem of an actress who can pull off this part.” said Ford. “There is so much talent out there, and in my view not enough strong female leads and so I want to find the absolute peak of this talent and bring it to the screen in a role that would challenge the very best screen actors.”

Ford’s ‘Never Let Go’ is very different to what fans have seen from him before and promises to be an ‘edge of your seat’ thriller that grabs audiences and throws them in to the plight that is the worst fear of parents everywhere.

Howard J Ford is an internationally renowned award-winning director of four feature films and over 200 TV commercials for top international brands. His global and critical success was further compounded when his feature ‘The Dead’(A Ford Brothers Film) shot in Africa, became the number 1 selling film in its genre in the US in 2012 and the only non-studio movie in the top 10 across all genre’s. He has since Produced and Directed the much anticipated sequel ‘The Dead 2, India’, with a worldwide fan base and is scheduled for US release this fall via Starz/Anchor Bay.

Read the final article from the press release on Deadline Hollywood – http://www.deadline.com/2014/06/the-dead-helmer-sets-female-vigilante-thriller-never-let-go