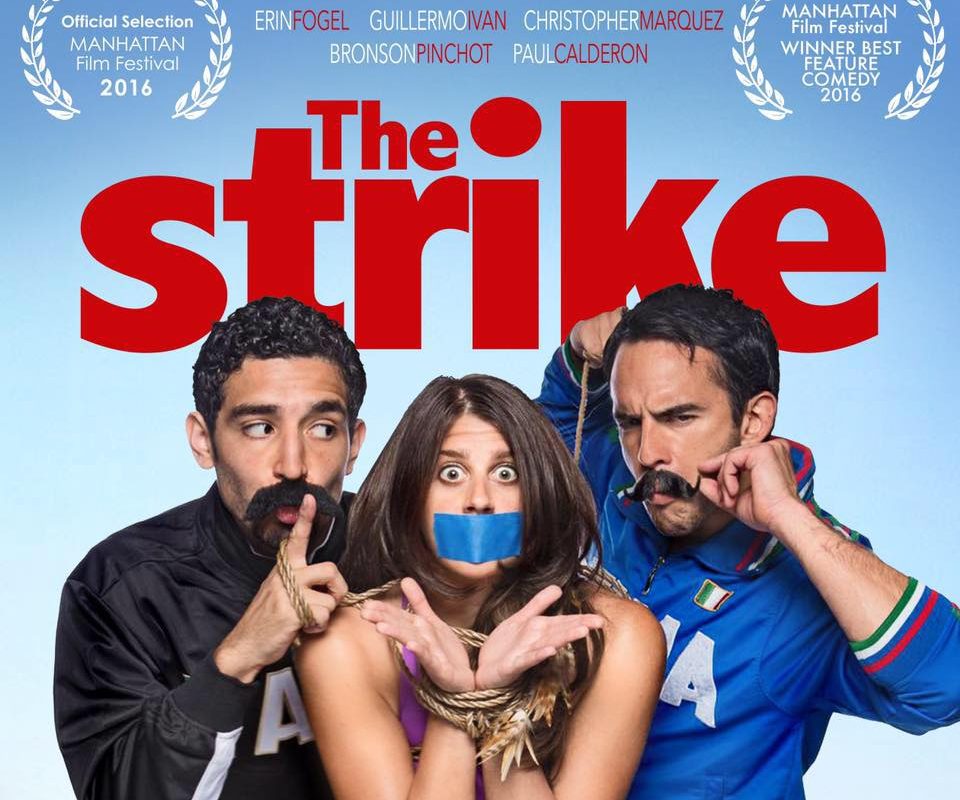 ‘“The Strike’ has a multi-cultural and eclectic cast which carries all the humor and funnies of a great comedy film. It was exciting to act opposite Bronson and bring him back into the limelight again. He is such a talented, seasoned actor to work with,” said Actress-Executive Producer Erin Fogel. “We look forward to bringing our film to a global audience.”

Filmed entirely on location in New York City, ‘The Strike’, written and directed by Guillermo Ivan, is based around three, less than talented, New York actors who after years of missed opportunities, criticism, and bad first impressions, take fate into their own hands when they devise a hilarious half-baked theatrical “siege” in order to prove they have what it takes to make their mark in the film business.

The deal was negotiated by Brendan Gallagher on behalf of Gravitas and Glen Reynolds of Circus Road Films on behalf of the filmmakers.

‘The Strike’ is being released world-wide on all major digital platforms December 13, 2016.