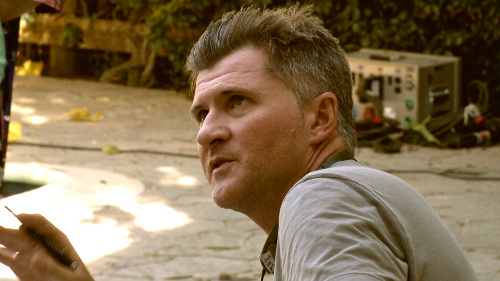 InnoVate Productions and 4th & 1 Films, in association with Benetone Films, have attached Jamie Marshall (The Foreigner, Out of the Furnace) to direct their latest feature film ‘Gunmetal Rose’, a dark comedy of violence and redemption.

British-born Jamie Marshall, who has worked on multiple blockbuster movies as a 2nd unit director including ‘The Foreigner’, currently out in theatres, and the Lionsgate released ‘Olympus Has Fallen’, made the transition into the director’s chair last year with his directorial debut on ‘Dirty Lies’.

“This film is going to be a lot of fun,” said Jamie Marshall. “I’m excited to direct, and work, with a great group of producers, and to pushing the envelope with ‘Gunmetal Rose.’”

Written by Daniel Hart Donoghue, and set in the ruins of a remote, abandoned church, ‘Gunmetal Rose’ follows a hitman with post-traumatic stress disorder, and a thief in the throes of existential crisis, as they attempt to ascertain the identity of their hostage and the truth behind the events that brought the three of them together that night. The interrogation descends sideways down a violent rabbit hole of spiritual warfare, mistaken identities, and three lost souls’ bizarre search for redemption.

The project is scheduled to start shooting March 2018.