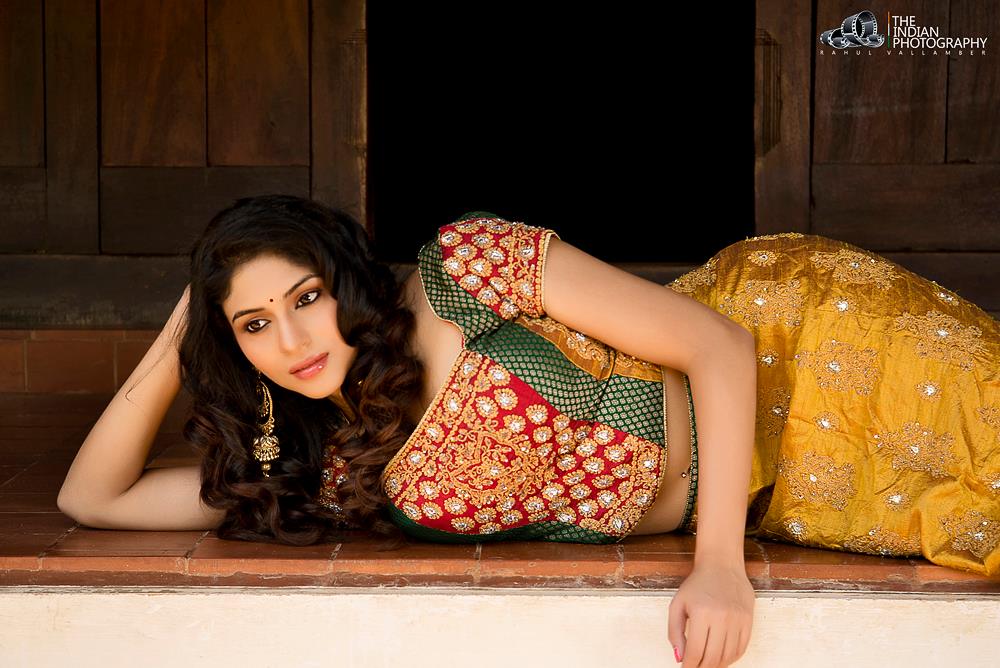 Model turned actress, screenwriter and producer, Lakshmi Devy chatted to ACT Magazine about growing up in India, her road to fame and her latest film and TV projects to hit America.

Hailing from New York, Lakshmi Devy is an actress, screenwriter and producer of Indian descent. “Although I was born in New York, and I went to Primary School there, I was raised in South West India, in the state of Kerala,” explained Lakshmi. “We were a very traditional and conservative family of five. I have an older brother and a younger sister, so life was never dull at home.”

From an early age, Lakshmi expressed an artistic talent and passion for the performing arts. “Like so many little girls, I started dancing and performing on stage in India. I was always inclined towards the arts, but growing up in India had its limitations,” said Lakshmi. “Pursuing acting was never a career option for my family. All the women in my family are doctors and all the men are mostly engineers. My mother is a doctor. She has always been my hero, so studying medicine was a natural progression for me.”

Although Lakshmi studied medicine in India, the arts never left her side. “Dance is very popular in my culture and so I continued to dance and act on stage, throughout medical school. I began the rigorous training of Indian classical dance technique, which has remained with me into my adult life. At the time, I didn’t think I would become a professional actor – it never crossed my mind.”

On graduating medical school, Lakshmi realized that all she wanted to pursue, was acting. Her life took a turn when she was spotted shopping at a mall by a fashion choreographer. “It was so surprising. I was just shopping and suddenly approached with an offer for a print ad modelling job! From then on, I started modelling and I developed a special love for the camera. Until then, I had only performed on stage, so the more I started working in front of the camera, the more I fell in love with it.”

From stage to screen, Lakshmi decided to hone her craft and begin the necessary formal training. “I attended The Mindscreen Film Institute in Chennai, India as well as The Actor Prepares acting school in Mumbai,” said Lakshmi. “The more I studied, the more it felt as though this was something I was meant to do. All of a sudden, it made me feel less weird and more like I belonged in the entertainment business.”

Since embarking on her modelling-acting career, Lakshmi has worked on close to 100 print campaigns and both local and national TV commercials. With a successful modelling career underway, Lakshmi left her lucrative career in medicine and became a full-time actor. “One of my first film roles in India, was the Anand Chakravarthy directed thriller ‘Nil Gavani Sellathey’,” explained Lakshmi. ‘It was a wonderful experience and character to play. It was my first major movie role and I remember how pleasantly calm I was. There was a lot of screaming and crying so I found it all quite cathartic.”

Lakshmi has gone on to star in many more successful South Indian movies, in three distinct local languages of Tamil, Telugu and Malayalam, including ‘Shivani’, ‘Cinema Company’ and ‘Masala Padam’, which was also her original screenplay debut. “I wrote ‘Masala Padam,’ as well as acted in it. That was my very first screen play. It was quite a different topic and the wonderful overwhelming response of the audience made me realize that I was indeed leaning towards screen writing, in addition to acting,” said Lakshmi. “I may have felt that writing was my forte because my father is a writer. He is actually a recognized travelogue writer, and has published many well-known books as well as articles. It must have been a certain influence from him that gave me the inspiration to start writing. I always loved writing poetry. My father has been badgering me for years to publish them, but I would always just shy away. I think I have finally found my niche with screen writing.”

In 2016, and on the completion of her last leading role in India, Lakshmi returned to New York. She impulsively decided to leave her successful acting career in India, where she was a well-known actress, and embark on making America her new home. “Although I had new film offers in India, I wanted to take my career to the next level. It was not an easy decision, but I soon realized that my extensive background doing principal roles in Indian movies would help me a lot to steer things quite quickly towards the direction I was interested in here in New York,” said Lakshmi. “I enrolled in several casting director classes, so as to familiarize myself with how things worked in America, I received amazing reviews from most of them, thereby helping me solidify my decision.”

Lakshmi began her formal American acting training with Peter Meiner at the renowned T. Schrieber Studio, and improv. classes at Upright Citizens Brigade (UCB) in New York City. “The craft remained the same, but the sensibilities were different. Quite intriguing. Peter Meiner’s Master Class helped me pay attention to nuances, which I absolutely appreciate. Improv at UCB was an eye opening experience. We do not really have this concept in India, so I found it quite entertaining to learn a completely new subject.”

Since arriving to New York, Lakshmi has appeared in several national commercials and print campaigns, including Google 360, Kraft & Heinz and whiskey brand Johnnie Walker to name a few. More recently, she stars in the upcoming TV pilot ‘Happy Divorce’, directed by Jamal Hodge. “I have just finished shooting the pilot for ‘Happy Divorce’ in New York. I play an alpha female, who has a certain sense of authority, but is still vulnerable. It was a character that I could totally relate to in real life.”

She is also both acting in and producing, the hysterically funny web-series ‘Wank Bank’ directed by Kevin Martin. “This web-series has already created quite a buzz because of the unusual topic. It is based on a Masturbator’s Anonymous Group. I play a ridiculously funny character who insists on speaking in her own native language, in spite of understanding English.”

Under her new production company FiDi Talkies LLC, Lakshmi has written, and is producing, two short films. “It has been a dream of mine to have my own production house, and I feel extremely grateful that I have finally achieved it. The first film under my new company, is called ‘Daro Mat’, which translates to ‘Don’t be Afraid,’” explained Lakshmi. “I wrote the screenplay, produced and am acting in it. We are filming it in India, and one of my very good friends, Unni Krishnan P.P, is directing.”

Lakshmi is also in pre-production for a second short film, ‘Idle Hands’, which she also wrote, and is producing, set to shoot later this year in New York.

In addition to acting, writing and producing, Lakshmi loves to travel and explore new realms. “From the time, we were toddlers my parents would take us on trips all over the world. Later when I grew up I found utmost joy in picking my bags and spontaneously taking a trip. The last place I visited was Egypt.  That was by far one of the most amazing experiences I have ever had. I witnessed the Gyza Pyramids while riding on a camel through the silent desert. The silence in the air along with the magnanimous view of the pyramids is something I hold close to my heart.”

Lakshmi is definitely an adventurous soul. “I am an advanced scuba diver. I took my license in the Maldives and the Andaman Nicobar Islands. Since then I try and scuba dive at least once a year. Actually, any kind of adventure sports excite me. I love them all!”

On chatting to Lakshmi, you can’t help but be drawn into her radiant smile. She is vibrant and culturally savvy, which echoes in her enchanting personality. She illuminates the screen with her acting and exotic beauty, so it is no wonder Lakshmi is a much-loved public figure across all continents.

We asked Lakshmi for her final thought to us at ACT Magazine, “The one piece of consistent advice that I received after moving to New York, that I hold in high regard, is to have a fulfilling life apart from an acting career. It translates into emotion and that helps you hone your craft. I guess that is the one brilliant realization that America has given me, and I happily take it.”

To learn more about Lakshmi Devy, visit her at www.lakshmidevy.com