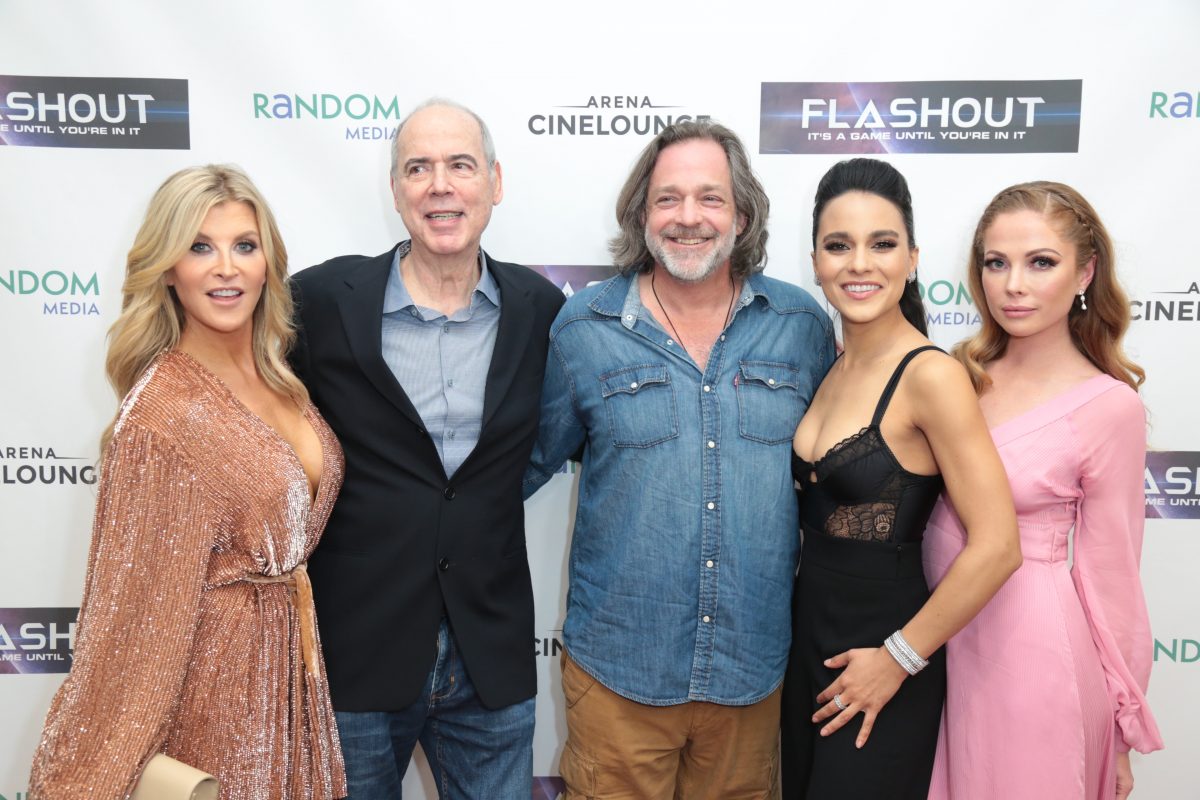 Inside a space habitat in a parallel universe, three young women play a blind date reality-collapsing game in order to experience the euphoric, sensory releasing FLASHOUT. Unexpectedly they find themselves trapped on unfamiliar planet Earth by an alien realty repairman assigned to preserve the Multiverse by destroying their pleasure-filled game. They encounter a jogger, a rocker, a biker, the exploitative owner of an escort service, a radio telescope supervisor, and others vulnerable to their ecstatic FLASHOUT. Surviving confrontational clashes with the awkward repairman, the women finally find a pathway to a larger game played among all alternate universes.