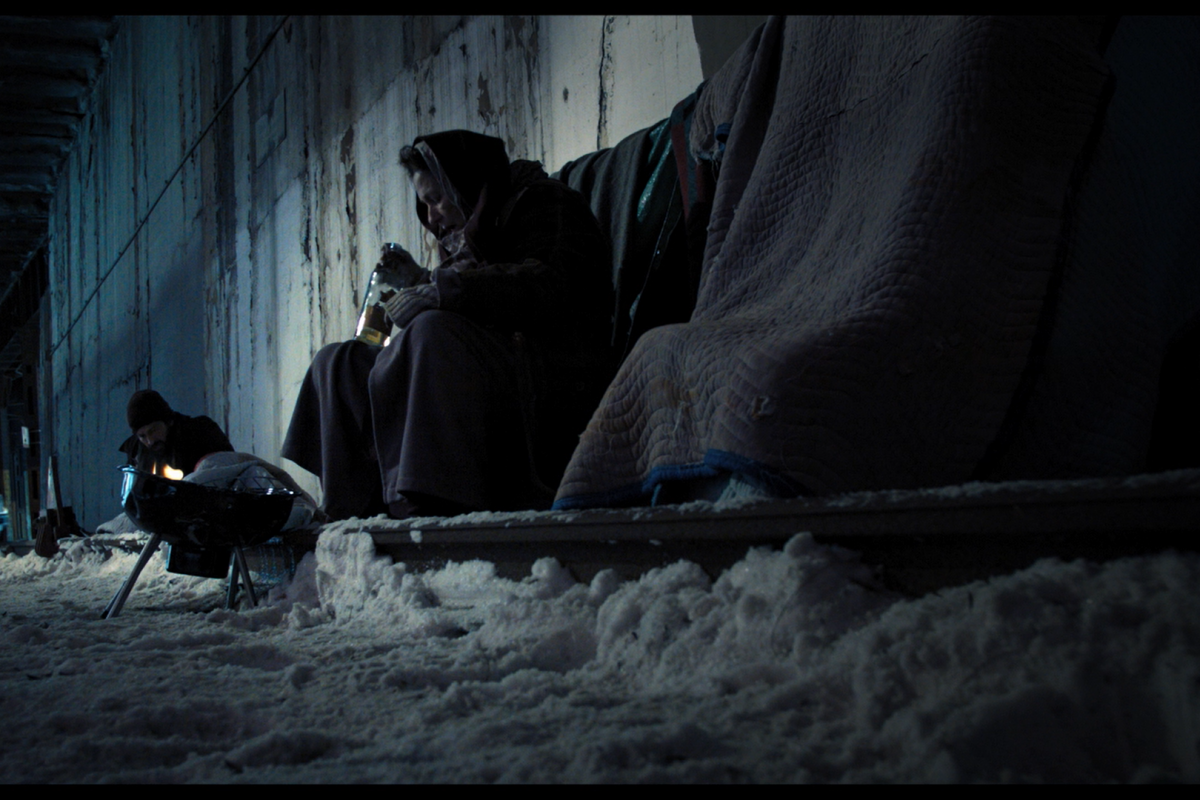 Directed by David Tarleton, and written by Jason Kellerman, ‘HUNTER’, is the story of Hunter (Jason Kellerman), who, after the deaths of his mother and sister, suddenly finds himself relegated to a life of paranoia and loneliness on the icy winter streets of Chicago. Dreaming of the life he’s lost, he’s increasingly haunted by horrifying memories and visions of the shadowy figures (Nick Searcy) that took so much from him.

He takes refuge in a local homeless shelter and is enrolled in a program that rehabilitates the homeless through talk therapy. Running the program, Danielle (Rachel Cerda) attempts to help him grapple with his history and explain the personal demons which continue to terrify him. After another homeless friend of Hunter’s goes missing, seemingly at the hands of those shadowy figures, Hunter’s fears become suddenly much more immediate. As he grows increasingly bold in his search for answers, and his newfound resolve brings him closer and closer to the truth, the deadly figures he’s pursing begin to mount their forces against him. As his personal demons seek to exploit his weaknesses to threaten all he holds dear, with the lives of those he loves once again at stake, he must find the courage to rise above the victim and become the Hunter.