Katherine Castro (‘El Gallo’, ‘The Social Contract’) attended the red carpet inaugural night of ‘igniting the 21st Century Philanthropist’ for #GivingTuesday, and joined the spirit of giving with her #Unselfie at the Riviera 31, Sofitel Beverly Hills on December 3rd, 2013.

The Dominican Republic-born actress was a special guest of iDonor for the launch of the new iDonor responsive web and mobile application (widget) dedicated to facilitating micro donation transactions. 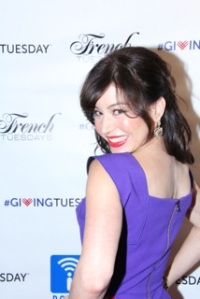 Stay up to date with Katherine Castro at www.KatherineCastro.com